Over the River and Through the Woods...to Grandmother's House We Go!

We left on August 3rd for the long drive down to Redding, CA to visit David's parents and grandparents. Actually, it's only 700 miles, which is less than half the distance from Nashville to New Mexico, so I'm not complaining. We split the distance in half and spent the first night just south of Portland, OR. This was the first time that I had traveled through Oregon. It's a lovely state with wide rivers and densely wooded mountains on western side (we won't mention the eastern side, it wasn't quite so awe inspiring). What's with the gas station attendants who pump your gas?! The first time, it was charming, but after that, it was a bother to wait around for them.
For this trip, we changed up the seating arrangement in the van a bit. Sarah moved up to Kathryn's place, and Joseph moved over to Sarah's old corner. Kathryn occupies Joseph's former space. Sarah kept little David entertained the whole trip -- she enjoys making silly faces at him and talking to him non-stop. For the most part, David appreciates the entertainment. Joseph and Kathryn got along quite nicely in the backseat - they kept mostly to themselves and were relatively quiet. 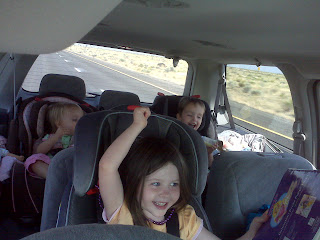 Mt Hood River, along I-84 through Oregon 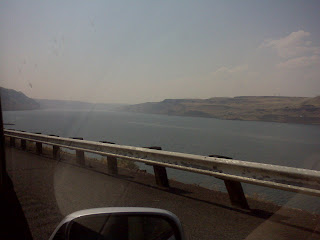 Before passing this dam, I thought the massive river was a lake - it was so wide and still. 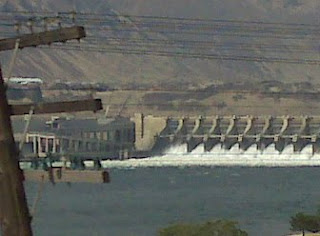 It was easy to tell when we were getting close to Portland -- suddenly there were trees everywhere... 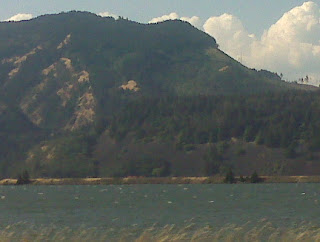 and they kept getting thicker and taller. 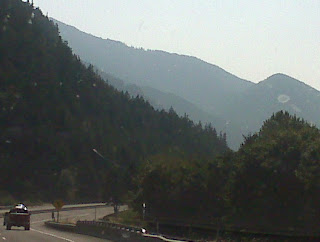 And Sarah got sillier... 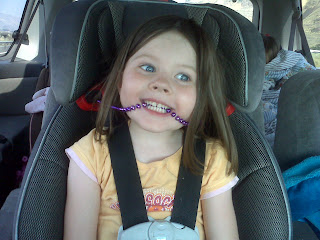 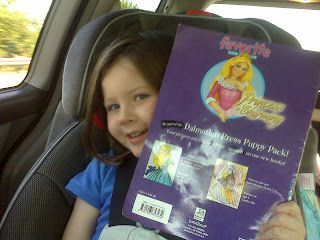 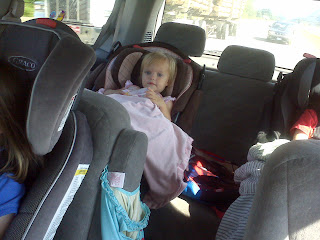 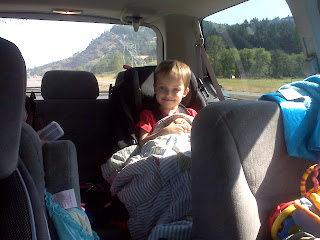 One more improvement to the seating arrangement:
Move Sarah's chair toward the door.
Now she can still entertain the baby, but can't poke him in the eye or pull his arm. 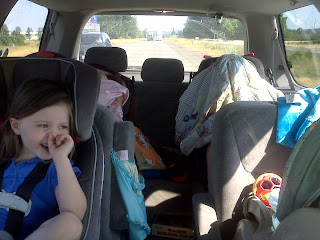 See Joseph and Kathryn hiding under their blankets? 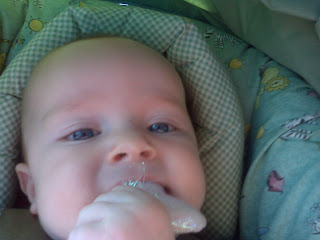 Little David chewing on Sarah's stuffed dragon's tail - she learned very quickly not to hand him anything unless she wanted him to put it directly into his mouth. Mom and Dad learned to not give Sarah anything that shouldn't be in David's mouth. 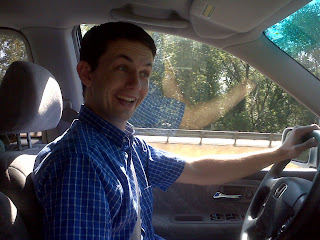 Road trip sing-a-long, anyone? We sang a few rousing choruses of "Old MacDonald" and other 2 and 3-year-old favorites along the way. 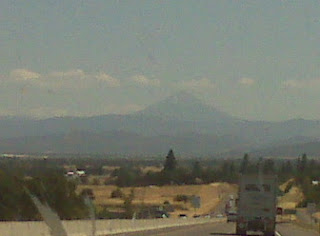 Getting close to Medford. Less trees and more brown.
Can anyone name that mountain in the southern skyline? 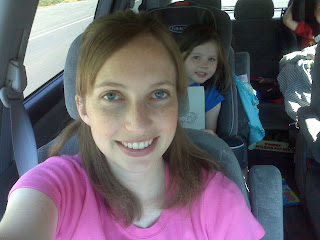 Still smiling after two days on the road?? 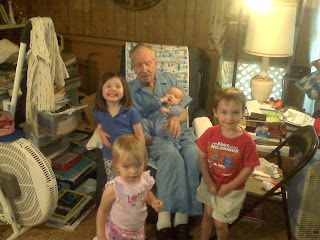 We stopped to visit David's grandparents in Medford. Grandpa Asay is around 92 years old and still walking around on his own. He loved holding the baby. 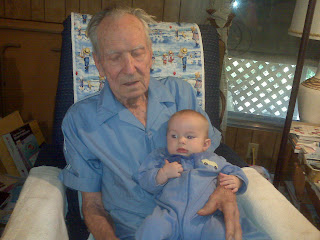 (I caught him blinking - sorry Grandpa!) 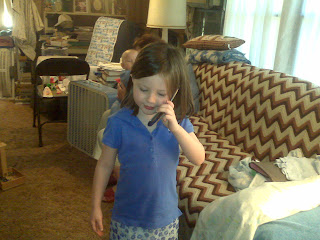 Sarah is chatting away with a second cousin who called while we were visiting. 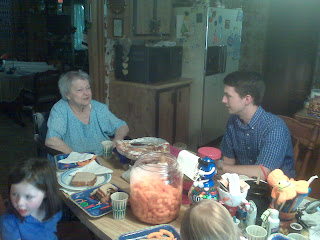 Eating lunch with Grandma Asay. She is 89 and she seemed to really enjoy chatting with David. 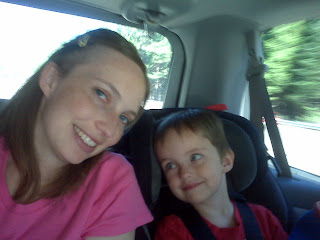 The last 2 hours driving down to Redding were the worst. I was sandwiched in the back between two car seats and a very cranky Kathryn. So, we took lots of pictures with the camera on my phone. 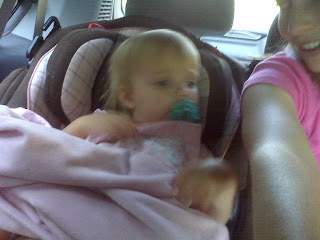 It's such a small space that I couldn't sit all the way back. 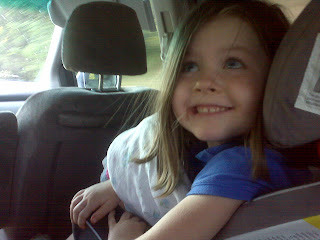 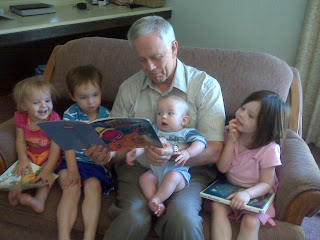 Story time with Grandpa Kent. I love all the kids' facial expressions, especially Kathryn's.
Check back soon for Part 2: Joseph's Birthday and the trek home
at 11:19 PM 3 comments: