First up - carving pumpkins. We only got halfway though. We cut off the top and scrapped out the seeds. Then we drew on the faces in the shapes that the kids wanted - but by then everyone was ready for bed so we decided to postpone the rest of the carving until "later". It never happened because we left for our trip to Utah right after that. 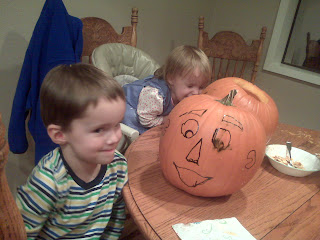 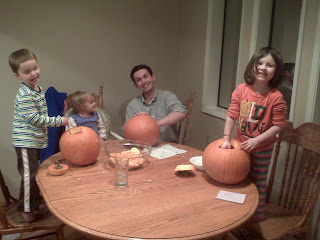 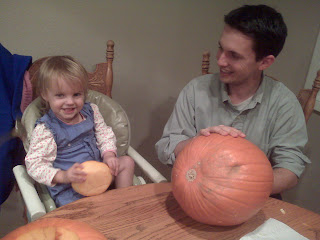 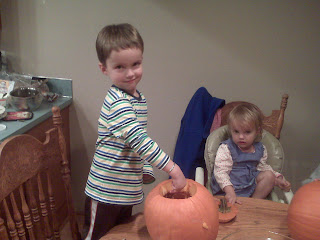 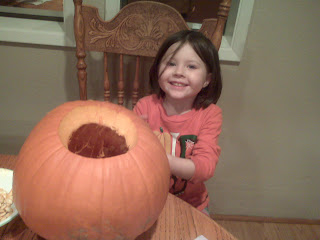 Since we already had two costumes in the Winnie the Pooh theme, we decided to go all out and dress all four kids in the theme. I found Sarah's Pooh bear costume and little David's Roo costumes on ebay. They arrived while we were traveling, so we tried them all on when we got home. 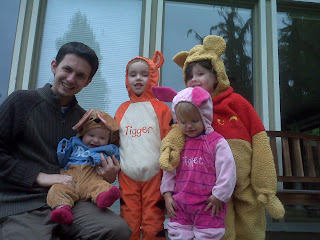 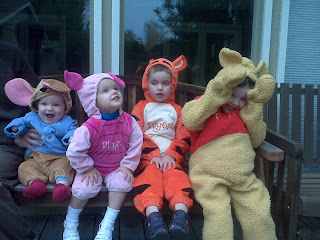 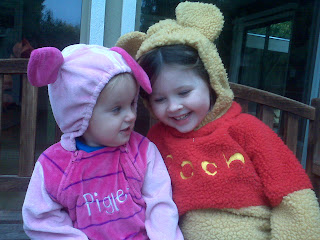 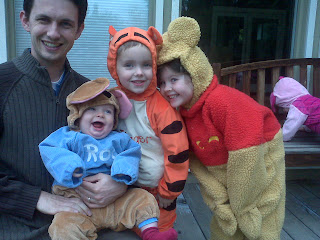 On Friday, Sarah and Joseph got to go trick or treating downtown with their friend Sarah L. from school. I think her little brother & sister (twins) are so adorable! 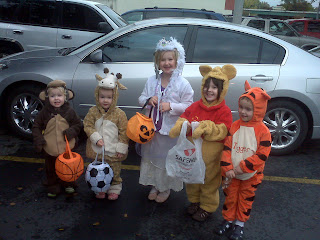 On Saturday, we went to the trunk or treat at the church (late) -- ooops, almost all the candy was gone, but it was better that way, I think. 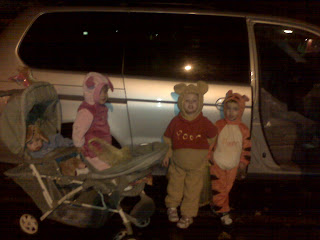 Then we went to a party at a friend's house. They had some fun games for the kids for lots of great food. The kids had fun trying to eat a swinging popcorn ball and batting at a piñata. 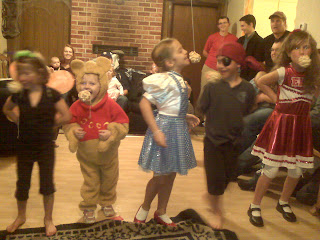 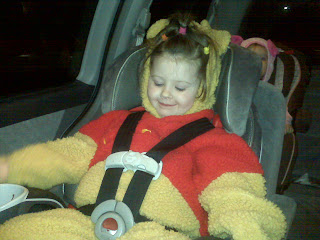 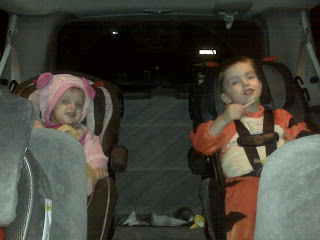 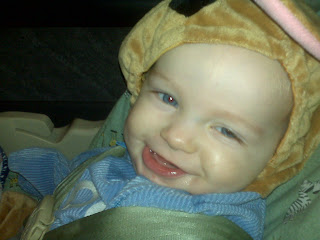 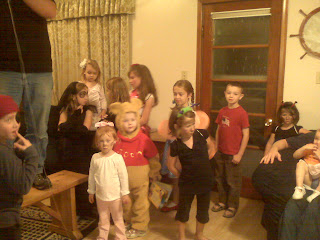